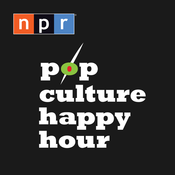 of
Tiger King and What's Making Us Happy
Almost three weeks ago, as isolation at home tightened its grip on many of us, Netflix released the documentary series Tiger King. It seemed to capture a binge-ready audience at just the right moment, and it's been burning up social media channels ever since. Tiger King tells the story of a man who calls himself Joe Exotic, who bred and exhibited big cats and other animals in a sketchy private zoo. Joe is now in prison, convicted of hiring someone to kill an activist named Carole Baskin. She tried to shut down his business and became his nemesis.
Schitt's Creek and What's Making Us Happy
Schitt's Creek is a Canadian comedy from the minds of Eugene Levy and his son Daniel follows a wealthy family that falls on hard times. They have no choice but to retreat to the small town they bought as a joke.
Short Bursts Of Joy To Change Your Mood
There are plenty of binge recommendations out there if you find yourself with a lot of free time in isolation. But with work at home, and kids at home, and everything else going on, you might be busier than ever. That's why our focus today is happiness in small bites. Quick jolts of energy to brighten up even the worst days.
Book Recommendations To Read While Isolating And What's Making Us Happy
There's no wrong time for a good book. But as we tape this, many people are stuck at home more than usual, which makes it an exceptionally right time. So we're here to pass on some book recommendations we hope will make your isolation feel a little less isolated.
Family Friendly Crowd Pleasers: Three Things To Stream Your Whole Family Can Enjoy
When you're staying in, it can be hard to keep everybody happy. But never fear, we're here to help. We've got a few recommendations to keep everybody in the family happy and stave off cabin fever.
Show more