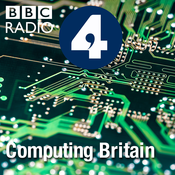 of
Mobile Revolution
Hannah Fry tells the story of the little known British company in Cambridge that designs and build the ARM chip, found in almost every mobile device in the world, and the impact it has had in powering the digital age. The team at Acorn had designed the BBC Micro back in the early 1980s. In an attempt to stay ahead they decided to design a new kind of microprocessor chip, the RISC chip. They used it in the Acorn Archimedes which was the fastest computer in the world when it was released in 1987. After falling on hard times when the PC became the dominant computer the company was saved when Apple chose to put the ARM chip in their personal digital assistant, the Newton. ARM chips became ubiquitous as digital devices became smaller. Now they are driving the tiny devices such as the Raspberry Pi and the BBC Micro:bit which aim to encourage young people to code, just as the BBC Micro did three decades ago.
Dotcom Bubble
The city went crazy for dot com companies in 1999. But in March 2000, the boom suddenly turned into a bust. Hannah discovers that technology then wasn't up to the job.
UK Gaming
Computers in British schools and homes nurtured a generation of programmers who cut their teeth in the 1980s playing and writing video games. Mathematician Hannah Fry talks to the Oliver Twins, who as teenagers won a games-writing competition on ITV's Saturday Show. Spurred on by their success, the twins went on to write a bestselling games series featuring a loveable egg called Dizzy. She hears about an early publishing house in Liverpool where fast cars and marketing ploys went spectacularly wrong and finds out how some games originally created in the UK, like Tomb Raider and Grand Theft Auto, hit the big time. Nowadays, 'AAA' video games have budgets akin to feature films, costing up to £200m to produce. So could today's bedroom coders still have a Number 1 hit? Featuring an interview with Magnus Anderson, author of 'Grand Thieves & Tomb Raiders: How British Video Games Conquered the World'. Presented by Hannah Fry Produced by Michelle Martin.
Computers at Home
In the 1980s, 'micro computers' invaded the home. In this episode, Hannah Fry discovers how the computer was transported from the office and the classroom right into our living room. From eccentric electronics genius Clive Sinclair and his ZX80, to smart-suited businessman Alan Sugar and the Amstrad PC, she charts the 80s computer boom - a time when the UK had more computers per head of population than anywhere else in the world. Presented by Hannah Fry Produced by Michelle Martin (Photo: A Sinclair ZX Spectrum computer. Credit: Peter Macdiarmid //Getty)
Computers in Class
As the manufacturing industries of the 1970s became the service sector of the 1980s, the BBC tried to help democratize the coming of the affordable microchip, to help re-equip a vulnerable workforce for a digital future. The BBC Computer Literacy Project was aimed initially at adults, but somehow ended up putting a beige BBC Microcomputer in the corner of nearly every classroom in the land. Presented by Hannah Fry Produced by Alex Mansfield.
Show more 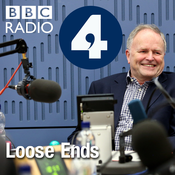 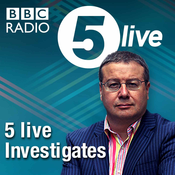