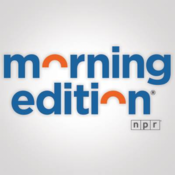 of
Wednesday, January 29, 2020
Senators are preparing to vote on allowing witnesses at President Donald Trump's impeachment trial. Senate Majority Leader Mitch McConnell says he doesn't yet have the votes to block them. How might that alter the record and the politics? The president made a peace plan with Israelis, which he says Palestinians should like. Why does the Palestinian side not see a win? Also, Secretary of State Mike Pompeo is on his way to Ukraine. Days ago, he said in an interview with NPR that Americans don't care about it. So what does Pompeo hope to accomplish?
Tuesday, January 28, 2020
The president's lawyers will conclude their defense of his actions toward Ukraine on the Senate floor on Tuesday. They've hardly mentioned new allegations in an unpublished book by former National Security Adviser John Bolton. What are they saying instead? President Donald Trump is also expected to release his Middle East peace plan later on Tuesday. What's in the plan, and why was there almost no input from from the Palestinian side? In New York, Harvey Weinstein's trial continues. We'll hear about grueling testimony from another one of his accusers.
Monday, January 27, 2020
An excerpt of former U.S. National Security Adviser John Bolton's upcoming book has leaked, and it undercuts President Donald Trump's impeachment defense. Could it change things? The sports world mourns a basketball icon. Former NBA superstar Kobe Bryant died yesterday in a helicopter crash along with his 13-year-old daughter and seven others. We'll look back at Bryant's remarkable career. And there are now five confirmed cases of a strain of coronavirus in the U.S. Are the travel bans in the affected parts of China working to keep the disease from spreading?
Saturday, January 25, 2020
President Trump's legal team begins his defense now that Democrats have finished their arguments against him; millions of people are affected as China limits travel during a busy holiday season to stem the coronavirus outbreak; and new details from Guantanamo Bay about how the U.S. used torture techniques on suspected terrorists after 9/11.
Friday, January 24, 2020
Friday will be the last chance for House Democrats to make their case for the removal of President Donald Trump. How have Republicans pushed back, and what can we expect as the president's lawyers get ready to launch their defense? Friday's "March for Life" rally is a chance for President Trump to shore up an important part of his base. Will these voters support him in 2020? And a former "Sopranos" actress testifies in Harvey Weinstein's trial about the trauma she suffered.
Show more

About NPR: Up First

NPR: Up First: Podcasts in Family

NPR: Up First: Stations in Family