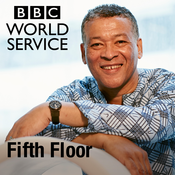 of
Facing their fathers' crimes
The BBC’s Valeria Perasso tells us about two Argentinian women she met for her documentary about the children of men who committed crimes during the military dictatorship. Between 1976 and 1983, the regime hunted down and killed around 30,000 people. Image: Women marching in Argentina under 'Disobedient Stories' banner. Credit: Historias Desobedientes
The man who lost his family
In 1971, a brief war between India and Pakistan over the territory of Kashmir shifted the border 6 kilometres into Pakistan's space. Four villages became part of the Indian territory, and the villagers away from home on that day were permanently split from their families. Farhat Javed of BBC Urdu and Aamir Peerzada of BBC Hindi talked to one divided family. Image: Ghulam Qadir on the bank of the river Shyok. Credit: BBC Farhat Javed
Australia's camel cull
Australia’s decision to cull wild camels has shocked many Somali-speakers, for whom camels have a huge cultural significance. We bring together BBC Somali reporter and camel owner Issa Abdul and BBC Afghan’s Dawood Azami, who’s investigated the 19th century Afghans who came with the original camels to Australia. Image: Feral camel on red earth track, Australia Credit: Auscape Universal Images Group via Getty Images
India's controversial new citizenship law
India's new Citizenship Amendment Act has sparked protests across the country. Its stated aim is to offer sanctuary and Indian citizenship to people fleeing religious persecution in Pakistan, Bangladesh and Afghanistan. But critics say it undermines India's secular constitution and may also affect India's own Muslim population. Clashes between protestors and police have led to violence and even deaths, and accusations that the police have carried out attacks on Muslim property. Zubair Ahmed of BBC Hindi went to Muzaffarnagar in Uttar Pradesh to investigate. Picture: Protesters burning copies of the CAA Credit: Sumit Sanyal-SOPA Images-LightRocket via Getty Images
A refugee's story and a football shirt
Namak Khoshnaw is a journalist and award winning film maker with BBC Arabic. His documentary ‘Iraq: A State of Mind’ charts the impact of decades of conflict on mental health, ‘Life on the Rubbish Dump’ is about the children who pick rubbish in the city of Erbil, and his fascinating 3D journey below the Nabi Yunus shrine near Mosul reveals an ancient Assyrian palace in underground tunnels. These films all took him back to Iraq, the country he left nearly two decades ago, following a dream to play football for Chelsea. It was a perilous journey. Image: Namak Khoshnaw Credit: BBC/Daniel Adamson
Show more

About The Fifth Floor

The Fifth Floor: Podcasts in Family

The Fifth Floor: Stations in Family