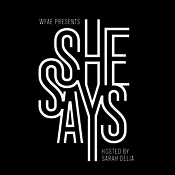 For the past year, reporter Sarah Delia has worked to unwrap the case of "Linda," a Charlotte-area woman who was sexually assaulted by a stranger in 2015… and is still struggling to find answers.

of
The List: The When
In Episode 4 of "The List," we explore what might happen when the Catholic Diocese of Charlotte releases a list of clergy members credibly accused of sexual misconduct and abuse. The diocese says it plans to release names by the end of 2019. We hear from an advocate with personal experience who's there to listen to other survivors of abuse and from North Carolina's attorney general. And we hear how the crisis has shaped survivors' views on not just the Catholic Church but faith in general. READ MORE
The List: The Why
In this episode of "The List," we learn about why survivors of abuse in the Catholic Church and proponents of accountability push for the release of lists of credibly accused clergy. We also hear some theories as to why certain people might push back against the release of such lists. And we hear from a local deacon about why he thinks the church should talk about the crisis openly. There's another why we learn about, too — why some people in power abuse children in the first place. READ MORE
The List: The Who And The What
WFAE’s “The List” is a four-part series about the impact of the sexual abuse crisis in the Catholic Church, the push for dioceses to release lists of credibly accused clergy. The Diocese of Charlotte is one of about 30 dioceses in the United States that, as of Dec. 1, 2019, hasn’t published such a list. In this first episode we’re going to focus on the who and the what . W ho wants this list published? What makes an informative list? Who is the Charlotte Diocese and what is it doing to combat the child abuse scandal? READ MORE
The List Trailer
Bishop Peter Jugis of the Charlotte Catholic Diocese announced in May that the diocese is committed to releasing by the end of 2019 a list of clergy who are credibly accused of sexual abuse involving minors. That list and what it represents is the subject of this four-part series.
She Says: The Burden
Linda has been waiting for months to hear from the Mecklenburg District Attorney's office about whether her case will move forward. Then she gets a call. We rejoin Linda on the winding road for an update and a closer look at the burden of proof.
Show more

For the past year, reporter Sarah Delia has worked to unwrap the case of "Linda," a Charlotte-area woman who was sexually assaulted by a stranger in 2015… and is still struggling to find answers. In a world full of #MeToo’s, justice might look as swift as one woman speaking up, but for many, resolution is a long and winding road. Station website 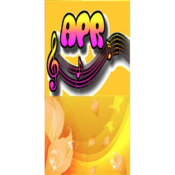 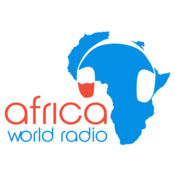