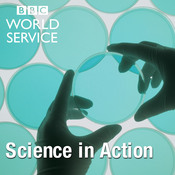 of
Mount Taal volcano
An experimental satellite called Aeolus, named after a Greek god of wind, which takes daily global measurements of the wind patterns throughout the depth of atmosphere has improved weather forecasts. ESA’s Anne-Greta Straume explains how it works. The dramatic eruption of the island volcano Taal in the Philippines was a spectacular picture of the plume of ejecta punching a hole in overlying cloud cover. Nearby towns have been blanketed with dust, fissures have appeared in the ground and there has been dramatic lightning. Geologist Yannick Withoos at Leicester University is studying historic eruptions of Taal and current events have brought the purpose of her research into sharp relief. Philipp Heck of the Field Museum in Chicago explains how he has found the oldest dust grains on earth inside a Murchison meteorite. They are millions of years older than the solar system. And Roland Pease talks to Brian Rauch of Washington University, St ouis, who is currently in Antarctica flying detectors on balloons around the South Pole searcLhing for cosmic rays produced in the death of stars. Tracking climate change in the Himalaya – not up at the snow capped peaks, clearly visible from afar, but in the extensive rocky hinterland further down you occasionally see in documentaries about attempts on Everest – is difficult. Ecologist and hydrologist Karen Anderson, of Exeter University, has used satellite data to measure the changes in the vegetation in this remote area. (Image: Taal Volcano, Philippines. Credit: EPA) Presenter: Roland Pease Producer: Julian Siddle
Australia’s extreme fire season
2019 was Australia’s hottest year on record, a major factor behind the bush fires which have been far worse than usual. We look at the patterns of extreme weather that have contributed to the fires but are also linked to floods in Africa. And the way in which thunderstorms have helped to spread the fires. The armpit of Orion is changing. The star Betelgeuse is dimming some claim this is readying it for a major explosion others are more sceptical, we weight up the arguments. And an Iron Age brain may hold some clues to modern neurodegenerative disease. Protein fragments have been extracted from the brain tissue found inside a 2,500 year old human skull. (Image: Australia fires. Credit: Getty Images) Presenter: Roland Pease Producer: Julian Siddle
Adapting California
Roland Pease is joined by California based science Journalist Molly Bentley as we examine the impact of earthquakes and fires. California has experienced both in the last year - What’s it like to live with a constant threat from these extreme events? We also take a look at NASA’s plans for a new mission to Mars – to look for signs on life. Picture: Roland Pease with science journalist Molly Bentley, Credit: BBC
Gaming climate change
The latest round of climate negotiations, COP25 have ended without agreement on many fundamental issues. We join researchers from Perdue University in the US who have developed a role playing game to encourage climate negotiators and others to take a long term view. Key to this research project is the concept of tipping points, where an environment changes irreversibly from one state to another. This is accompanied by the loss of ecosystems, for example the widespread melting of arctic sea ice, rainforest burning or coral bleaching. The idea is that such tipping points provide a more meaning full focus for the implication of climate change than abstract concepts like temperature rise. Image: Polar Bear in the Arctic Sea, Credit: Coldimages/Getty
Understanding the Anak Krakatau eruption
We have the latest from a year long investigation into the causes of the December 2018 Indonesian Tsunami. And we get a look at the first pictures from the Mayotte undersea volcano, which emerged earlier this year off the coast of East Africa. (Anak Krakatau volcano. Credit: AFP/Getty Images) Presenter: Roland Pease Producer: Julian Siddle
Show more

About Science in Action 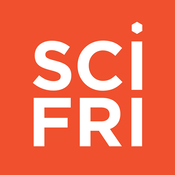 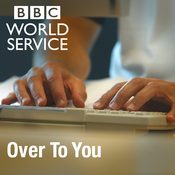 Science in Action: Podcasts in Family

Science in Action: Stations in Family