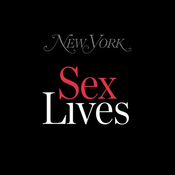 of
It's Not You. It's Us.
Two years and 115 episodes later, Sex Lives calls it quits. To figure out how to end things, host Maureen O'Connor invites her original co-hosts David Wallace-Wells and Allison P. Davis back into the studio to discuss breakup etiquette and stories from favorite Sex Lives guests and listeners. Dan Savage talks about the time he dumped a guy on Thanksgiving weekend. Ask a Clean Person's Jolie Kerr ponders an ex who had mildew on his breath. A listener shares audio from a breakup announced on Facebook Live. Alyssa Shelasky tells the heartbreaking story of an ex who haunts her. Engadget's Chris Trout offers one last bon mot.Thank you for listening to Sex Lives! And for sharing your stories with us. Though I disagree with cowardly breakup ballad "Tell Me On a Sunday," you are free to listen to this podcast in a park that's covered in trees, in a zoo with chimpanzees, on any day you please. And since the Sex Lives team still works at New York Magazine, you can always subscribe to that. 3 Maureen
Sex in the Summer of '65
Linda Rosenkrantz was an art-world 'it' girl when, in the summer of 1965, she started carrying a reel-to-reel tape recorder everywhere she went, recording conversations at the beach, during parties, and after S&M hookups with New York City's wildest men. Those tapes turned into her lightning-rod novel Talk in 1968— the same year that New York Magazine launched. (And devoted a spread to the bikini-clad Linda.) Fifty years later, Rosenkrantz revisits her memories of that summer— and plays never-before-heard audio from the original tapes. With Maureen O'Connor.
The Day Her Baby Called Her Boyfriend 'Dad'
Alyssa Shelasky returns with an update on life as a mom who used an anonymous sperm donor to have a baby: One year later, she isn't single, anymore. Alyssa is house-hunting with the boyfriend her daughter calls "Daddy." (Not that anyone was prepared for the time she screamed "Dada!" during a silent moment in front of a crowd.) Also up for discussion: the delicate process of blending families, falling in love fast, and learning how to have sex with her bra on. (Breastfeeding changed everything.) With Maureen O'Connor.
Diary of a Sex Coach
As a teenager in Louisiana, Myisha Battle learned about sex from textbooks censored with Sharpie markers. Today, she's a San Francisco-based sex coach dedicated to helping other women orgasm— and to squirt, which is an ability Myisha personally hones with pilates. Myisha explains her job, fields calls from Sex Lives listeners, and explains the wide world of orgasm in ways that confuse and shock host Maureen O'Connor.
Accio Jizzrag! All About Harry Potter Erotica
In the horny imaginations of Harry Potter super-fans, Professor Snape is a BDSM sex god and Hermione Granger is a squirter. So say Potterotica hosts Allie LeFevere, Lyndsay Rush, and Danny Chapman, who explore the mind-bending universe of Harry Potter erotica every week— complete with dramatic readings. They explain which magic spells are the best for sex; why nobody fantasizes about Ron Weasley; and how a tech-savvy grandmother became the steamiest Potterotica writer on the web. With Maureen O'Connor. Call 646-494-3590 to leave voicemail for Sex Lives.
Show more 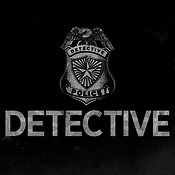 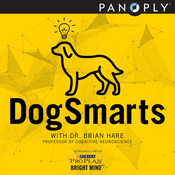