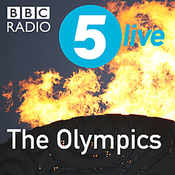 of
Victoria Pendleton, David Weir and the original Blade Runner - Marlon Shirley
A glorious summer of sport has finally drawn to a close, leaving much of the country feeling inspired. BBC 5 Live caught up with David Weir at the Athletes' Parade to speak about his extraordinary quadruple gold medal haul. Mo Farah and his former P.E. teacher speak about his initial steps into running. Northern Irish sprinters Jason Smyth and Michael McKillop tell BBC Ulster about their success at the Paralympics. Victoria Pendleton has had incredible success but she spoke about her difficulties dealing with the intense pressure of elite sport in a very frank interview with Victoria Derbyshire. US athlete Marlon Shirley had an exceptionally hard childhood; raised in an orphanage after being abandoned by his prostitute mother, he told BBC World Service how he overcame this to become the first Paralympian to break the 11 second mark in the 100 metres. Nearly everyone found themselves getting inspired by the London 2012 Games, including Sandi Toksvig on Radio 4's, The News Quiz.
David Smith, the Athletes’ Parade and Paralympic jokes
As the London 2012 Games drew to a close, thousands lined the streets of London to cheer on the Athletes' Parade, including a very excited BBC reporter - Stephen Chittenden. Also present were triathlon superstars, the Brownlee Brothers, who told 5 Live about the impact of public support. David Smith revealed to Sportsweek how rowing saved his life. On Radio 2, Linda Roberts told Chris Evans how she couldn’t wish for any more for her son, gold medallist Jonnie Peacock. Despite topping the Olympic Games league table with 46 gold medals, United States slipped to sixth place in the Paralympics; Ruth Alexander investigated the issue for BBC World Service’s “More or Less”. What jokes can you make about the Paralympics? Robin Lustig debated where the line was drawn with Channel 4 presenter Alex Brooker and comedian Adams Hills for The World Tonight. Finally, 5 Live’s Shelagh Fogarty hears from some of the extraordinary Games Makers about their experiences at the London Games.
Oscar Pistorius’ outburst, Aled Davies and Philip Craven
Ellie Simmonds stormed to victory after winning two titles and setting two world records. Among her supporters was Steve Simmons, her father who told BBC WM that her victories were not guaranteed. A delighted Aled Davies speaks to Chris Evans the morning after taking gold in the discus. Oscar Pistorius has been the poster boy for London 2012 but after losing the 200m final, he suggested that Brazilian Alan Oliveira had benefited from using longer blades. IPC Medical Director Peter Van de Vliet refuted these assertions on Radio 4. Pistorius issued an apology for the timing of his comments but on the Jeremy Vine Show, the debate raged as to whether his comments were a legitimate complaint or simply sour grapes. Silver medallist Aileen McGlynn speaks about her first forays into cycling in “The Paralympians”. IPC President Philip Craven reveals his delight in the media coverage of this year’s Paralympics. Finally, sailors Niki Birrell and Alexandra Rickham discuss their medal hopes.
John Harris, Stefanie Reid and “boosting” at the Paralympics
The London Paralympic Games are looking set to be the greatest in the history of the movement but it was a very different story at the first Paralympic Games in Rome in 1960, as Britain's first-ever gold medal winner Margaret Maughan told Peter White in "No Triumph, No Tragedy". In the pursuit of Paralympic gold, some athletes with spinal injuries have resorted to using an illegal technique called “boosting” during which they cause themselves pain, creating an adrenalin rush to enhance performance. BBC World Service looked at this secretive issue in "Inside the Paralympics". Sprinter and long jumper Stefanie Reid justifies switching her allegiance from Canada to Great Britain. Sainsbury Chief Executive Justin King explains why the Paralympics are big business for sponsors. Finally BBC Wales looks at the career of the legendary athlete John Harris who competed in five Paralympic Games and won a gold medal for discus in 1984.
The Paralympians touch down...and the secrets of the running blades.
Over 2,000 athletes landed in the UK this week for the Paralympic Games including the Canadian wheelchair rugby player David Willsie and New Zealand sailor Jan Apel. In BBC Radio 1's "Against All Odds", Vernon Kay charts the journeys of soldiers injured in Afghanistan and Iraq who are now going for Gold at the Paralympics, including Sam Bowen who had difficulties coping with post-traumatic stress and Major Martin Colclough who coaches ex-Forces Paralympians. BBC World Service "Inside the Paralympics" investigates the science behind carbon fibre running blades made famous by Oscar Pistorius. As a record number of Welsh athletes get ready to compete at the Games, BBC Wales speaks to table tennis players Sara Head and Rob Davis. Wheelchair tennis player Lucy Shuker looks forward to the Paralympics. Finally this week, as the flames of the Paralympic torch were lit on top of the UK's four highest mountains, BBC Ulster's Mark Simpson tries to justify his role in the base camp making tea!
Show more

About BBC Radio 5 Live The Olympics 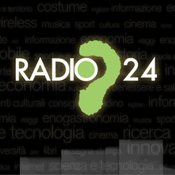 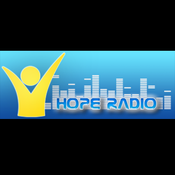