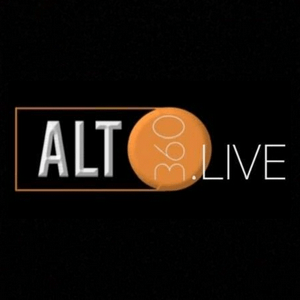 ALT360° plays "All Degrees of Alternative" by mixing the decades that the genre has been in existence, and fusing in the various Alternative sub-genres. ALT360° is an online-only station, with a "Home-Base Studio" in Chicago, IL., yet with a worldwide audience. The daily and weekly specialty shows are aired live, in real-time, and hosted by the ALT360° on-air staff. They are produced and broadcasted out of the station's various remote-based studio. Those are located in San Diego, CA., Milwaukee, WI., and one in Poland. ALT360° was formally known as ALT-Fusion when it began in November of 2015, and was under the Nexus Radio Network. Since switching names in 2021, the station is now run independently and is supported by their growing partnerships. They have also continued to remain on the Nexus Radio platform.

Listen to ALT360° Live, WXPN and Many Other Stations from Around the World with the radio.net App