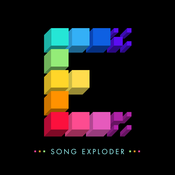 In the Song Exploder episodes, stars, bands and composers give an insight into the creation process of their famous songs.

of
Nathaniel Rateliff - And It's Still Alright
Nathaniel Rateliff is a singer and songwriter from Colorado. He’s released four solo albums, and two with his band, the Night Sweats. Those two Night Sweats albums were produced by Richard Swift, who passed away in 2018. In a statement, his family said that he "suffered from alcohol addiction, and it’s ultimately what took his life." Nathaniel Rateliff’s new solo album, And It’s Still Alright, was supposed to be produced by Richard Swift as well, but Richard died before they could work together again. In this episode, Nathaniel breaks down the title track, which was inspired by his own complicated relationship with alcohol, and by his friendship with Richard Swift.
Eric Nam - Love Die Young
Eric Nam is a Korean-American pop singer from Atlanta. He’s currently lives in Seoul, South Korea, where he found fame as a K-pop star. He was named “2016 Man of the Year” by GQ Korea, and Forbes named him one of their “30 under 30 Asia.” But his success in Korea has been complicated a little by what he wanted to do with his career versus what he felt he was allowed to do. As his career as an artist has evolved, he’s gotten closer and closer to making the music he wants to make. In November 2019, Eric released Before We Begin — his first album entirely in English. In this episode, Eric Nam and producer Rabitt break down a song from that album called “Love Die Young.”
Soccer Mommy - Circle the Drain
Sophie Allison makes music under the name Soccer Mommy. Her debut album came out in 2018, when she was 20 years old, and the New York Times named it one of the best album of the year. Her second album, Color Theory , comes out this week, and it includes this song, "Circle the Drain." In this episode, she takes "Circle the Drain" apart and explains how it was influenced by songs from her childhood.
Caribou - Home
Dan Snaith has been making Caribou records since 2001. He won Canada’s Polaris music prize in 2007, and this month, he’s releasing the seventh Caribou album, Suddenly . In this episode, Dan breaks down the song “Home.” He talks about how he managed to get past several moments of creative uncertainty to figure out the final track.
Vagabon - Water Me Down
When Laetitia Tamko started making the second Vagabon album, she really wanted to produce the entire thing on her own. It would be a new sound, and producing was still a relatively new skill to her, but she wanted to tackle it head on, and do it all herself. On this song, though, "Water Me Down," Laetitia actually has a co-producer, Eric Littman. It’s the one exception to her otherwise entirely self-produced album. In this episode, she breaks down how she and Eric made the song, and why it was worth making that exception.
Show more

In the Song Exploder episodes, stars, bands and composers give an insight into the creation process of their famous songs. Station website 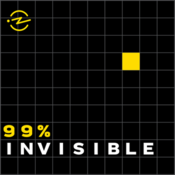 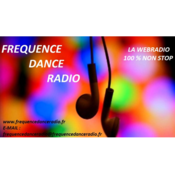