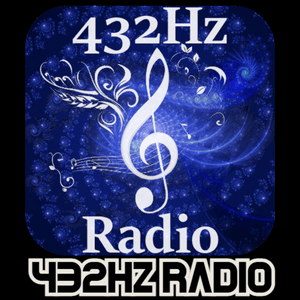 432Hz Radio: In Quest of Harmony and Open-Minded. Eclecticism and Balance of the sound, in the research for "positive" musics... The place is left for all styles to coexist and encourage them to aim at the harmony: " Just like the human beings consisted of their differences ". Even if some seemed more harmonious than the other one, let us look simply for the harmony in herself... Because naturally, the "vibratory frequency of the instrument is essential", but just as much as that of " the instrumentalist " as well as of his "initial intention" at the moment of playing, it's the same for the auditor and his "initial opening of spirit".

Listen to 432Hz Radio , The Dub Lounge and Many Other Stations from Around the World with the radio.net App