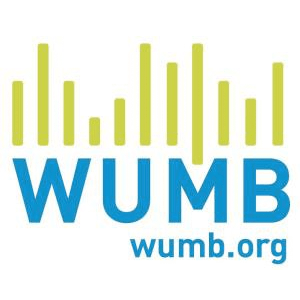 WUMB 91.9 FM is a listener-supported public radio station based in Boston, Massachusetts. The station is known for its focus on American roots music, featuring a wide range of genres such as folk, blues, bluegrass, and more. The station's programming includes a mix of music shows, such as "Folks Like Us" which features a wide range of folk and acoustic music, "Midnight Special" which highlights blues, and "The Bluegrass Ramble" which showcases bluegrass and old-time music. In addition to music, the station also features news and information programming, such as "Morning Edition" and "All Things Considered" which provides the audience with a national and international perspective on current events. WUMB is also dedicated to preserving and promoting American roots music and its culture, through programs such as "American Roots Revue" which focuses on the artists and sounds that shape the American roots scene and "Music of the Sea" which showcases the music and culture of New England's maritime traditions. The station is also dedicated to being an important resource for the community, and often participates in community events and fundraisers, and provides a platform for local artists and bands to showcase their music and connect with the audience. WUMB 91.9 FM is easily accessible via online streaming, allowing the audience to tune in and enjoy the station's programming from anywhere. The station's website also provides additional resources and information, including past shows, podcasts, and live streaming, as well as a schedule of upcoming events and concerts.

Listen to WUMB 91.9 fm, WPTS-FM - WPTDradio 92.1 FM and Many Other Stations from Around the World with the radio.net App