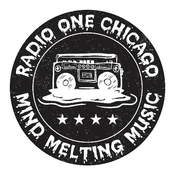 "Radio One Chicago" is a group of music-lovers dedicated to promoting exceptional local talent. They do this through a weekly radio show, as well as on their website.

of
Handmade Happy Hours
heykiller and Abellism talk to Jenny of Handmade Happy Hours. Handmade Happy Hours firmly believes in community over competition, and bringing artists & buyers together in warm & welcoming spaces.
Myra Su
STRING OF ECHOES is a music-puppetry performance collaboration between Tatsu Aoki and Myra Su that explores notions of truth and loss via a young boy's journey on the high seas. Utilizing 2D and 3D puppetry styles and a unique diasporic soundscape, the piece presents an auditory and visual conversation in thinking about what place "authenticity" has in our world today. Myra Su is a storyteller, puppeteer, and puppet maker. Based in Chicago, Myra has been an active member in the puppetry community since 2013. Her primary medium is shadow puppetry, but her work also includes experimentations with bunraku, crankies, video, and taxidermy. Her work has also expanded to collaborations outside of theater, with indie bands and musicians. In addition to her independent work, she is currently an international touring performer with Manual Cinema. She is a co-curator for the quarterly puppet slam in Chicago; Nasty, Brutish & Short. In the past, she has done work for other puppetry/spectacle companies such as Redmoon and Blair Thomas & Co. Growing up in-between the United States, Hong Kong, and Taiwan, she is interested in using puppetry to convey stories that are culturally mobile and emotionally universal. Her work is usually driven by a simple concept or motif, which is then explored through a self-reflexive application of puppetry. Myra holds a BA with honors in Theater and Anthropology from the University of Chicago.
GlitterPicks and What About Chicago
heykiller talks to Rahim of What About Chicago and Al of Glitter Picks about their fundraiser for Planned Parenthood with, Natalie Grace Alford, Bad Bad Meow, Bubbles Brown, Boys vs. Girls, + more
Live From The Lair with Anastasia Chatzka and Donna Diane at House of Vans Chicago
This special episode of Live From The Lair was recorded in front of an audience at House of Vans in Chicago. Our very special guests were fashion designer Anastasia Chatzka, and front woman of Djunah, Donna Diane. Our conversation centered around branding, pivoting, and positioning. Anastasia Chatzka believes that fashion should be fun, socially responsible, sustainable, eco-friendly, exciting & add an extra element to your personality. She believes that by shopping custom made, upcycled & DIY we can achieve those goals in fashion. She believes that we are all so unique & have our own style and that we don’t need to sacrifice the earth with our fashion choices. Donna Diane fronts Djunah, which has a raw and aggression-soaked performance style packed into a crushing noise-rock power duo that needs to be seen as much as heard. Donna Diane is a multi-instrumentalist who plays two instruments simultaneously—guitar and a massive-sounding Moog bass synthesizer that she plays with her feet—while singing.
Tiny Kingdoms
Hex sits down with Jake from Tiny Kingdoms to discuss all the music they will be releasing this year! Tiny Kingdoms is the result of 4 friends who have a deep seeded passion for creating music. Based out of Chicago, the group delicately dances between various genres in an attempt to create a sound all their own. With a sound anchored by melodic guitar work and vocal hooks sure give the ears of listeners pure enjoyment, this indie rock quartet will continue to inject their own unique twist on rock music for years to come.
Show more

About Radio One Chicago

"Radio One Chicago" is a group of music-lovers dedicated to promoting exceptional local talent. They do this through a weekly radio show, as well as on their website. Station website