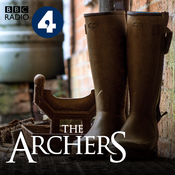 of
06/04/2020
Contemporary drama in a rural setting
05/04/2020
Brian’s helping Jennifer source recycled materials for her Easter bonnet, when Alistair arrives to look at the sheep. He diagnoses them with contagious bovine digital dermatitis, not foot rot as Eli had thought. Foot rot treatment won’t work; they’ll need an antibiotic injection and special spray. Alistair confirms that Josh was right to raise the alarm. Adam resolves to thank Josh. Adam’s been preoccupied with Ian’s aunt dying and needing to care for Xander. Brian thinks Adam will need more help in future and volunteers to drill the barley straight away. He reports to Jennifer later that he got on so well, he did an extra field. Robert phones Lee in need of a favour. Lynda’s been struggling recently as her physiotherapist is a bit of a hard taskmaster. He wonders whether Lee might take her on as a patient. Lee explains that physio for burns is a very specialised field, though he’d be happy to have a chat with her about the treatment. He pays Lynda a visit and explains that Robert asked him to call in on her. Later, Lynda lets loose on Robert. What does he think he’s doing, interfering with her treatment and trying to replace her physiotherapist without even consulting her? Lee will think she’s weak. If that’s Robert’s idea of support, he may as well not visit at all. Moved to tears, she asks him to leave her alone.
02/04/2020
Kate asks Fallon if she can set up a massage chair at the Easter festival. Later, she goes to visit Lynda in hospital. Lynda’s pleased to see her. Robert is aghast to see that Kate’s painted Lynda’s toenails, considering how sensitive Lynda’s skin is. How dare she inflict herself on Lynda? Kate leaves in a hurry, before Lynda can explain she wanted her there. Robert runs after Kate and apologises for being over-protective. Lynda hopes Robert’s ashamed of himself for treating her like a baby. Robert realises he got things very wrong today. Johnny invites Freddie for a drink at The Bull. Unenthusiastic Freddie agrees, if only to shut Johnny up. Johnny tries to discuss The Bull’s name change with Freddie, but he doesn’t want to talk. He bats off Fallon’s praise about him being a hero and declines her offer of a drink. Freddie finally admits he wishes he hadn’t visited Lynda, she was in so much pain and as for the things she was saying… Freddie leaves and goes to visit Robert. He returns Robert’s medal. He’d feel like a fraud if he kept it. He feels he doesn’t deserve anything.
01/04/2020
Brian wants to check in on Josh. He suggests to Adam that since Josh isn’t going to be charged, they should keep him in mind for tractor work. Later, Brian finds an exhausted Adam dozing over the accounts. But he’s had some good news; Xander’s new birth certificate with Ian’s name on it has arrived. Brian reports that Josh is concerned about the number of lame ewes. He thinks they need to get the vet in pronto. Fallon wonders whether Keira might like to enter the Easter bonnet competition. She’s been trying to drum up interest with local school children at the bus stop, but hasn’t had much interest. Emma thinks that parents always end up doing the children’s craft projects for them anyway. Fallon decides on a new approach: the grown-ups make the bonnets and the kids judge. Elizabeth can tell that Freddie’s finding it hard staying at Lower Loxley with no work on. She suggests they go out and have some fun. After lunch at the Tearoom, Freddie is ready to go home. Elizabeth wonders if he should speak to someone about his traumatic ordeal at Grey Gables. Freddie wants to put it all behind him. He can see his mum’s point, but compared with what Lynda’s been through, his experience is nothing.
31/03/2020
Shula invites Kirsty and Pip along to a planning meeting for the Easter festival. She’s hoping Lynda will be the guest of honour. Pip’s way too busy, but Kirsty thinks it’d be nice to do something for the village. After a successful meeting, Kirsty and Shula reflect on how the village has come together since the incident at Grey Gables. Fallon has suggested an Easter bonnet competition. Justin wants to talk to Phoebe about income generation for the rewilding acreage. He’s found a patch of land adjoining theirs with a couple of barns for sale. He thinks the rewilders should buy them to convert into office space. They could become offices and a visitor centre in the long term, but for now they could be rented out to generate income. Justin would happily be a co-investor. Pip isn’t keen, but agrees that they will need an office and visitor centre. While Philip’s out on a walk, Kirsty asks Gavin if he thinks she should postpone the wedding. With all the business trouble, it doesn’t feel right. Gavin counters that it’s the only thing keeping Philip going right now, she can’t take that away from him. Gavin implores Justin to allow them to continue with their building work for BL. He doesn’t want the firm punished for Blake’s actions. Justin’s impressed by Gavin’s spirit and says they can restart their work. Justin says if one of his employees let him down that badly, they’d know a world of pain. Gavin assures Justin they’re on the same page on that front.
Show more 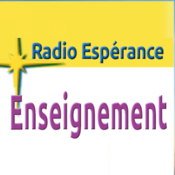 The Archers: Podcasts in Family

The Archers: Stations in Family