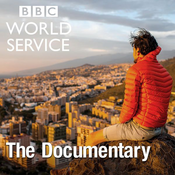 of
The remarkable resistance of Lilo
In the heart of Hitler’s Nazi Germany, members of the Resistance worked tirelessly and at great risk to themselves to help those whose lives were threatened. Amongst them was Elisabeth Charlotte Gloeden – known as Liselotte or “Lilo” – who, along with her husband Erich, hid Jews in their home in Berlin, before arranging safe passage for them out of Germany. The couple’s efforts went undetected until 1944 when they took in General Fritz Lindemann, who was being hunted by the Gestapo for being part of the plot to assassinate Hitler.
Finland's race to go carbon neutral
How do you achieve net-zero carbon emissions in just fifteen years? In Finland, a fisherman-turned-climate scientist believes he has part of the answer: re-wilding the country’s peat fields. Gabriel Gatehouse travels to the country's frozen north to meet Tero Mustonen, as he battles lobbyists and vested interests in government and the peat industry, in a race to mitigate the consequences of climate change. Producer: Michael Gallagher Editor: Bridget Harney (Image: A boat in a lake - Lakeland, Finland. Credit: DeAgostini/Getty Images)
Disagreeing better
Why do we hold our opponents in contempt? Former British politician Douglas Alexander believes that disagreement is good - it is how the best arguments get refined. But, today, public discourse has become so ill-tempered, snide and lacking in respect that we are no longer engaged in a battle of ideas but a slanging match. Time to dial down the rhetoric, rein in the insults - they will persuade no-one that your opinion is worth listening to - and pay attention.
My father the killer
“Did you actually kill hundreds of people, Dad?” This is certainly not a question that many people feel the need to ask their parents. But for a group of young women in Argentina, it was one they could no longer ignore. Their fathers have been accused, held under trial and in some cases sentenced for some of the worst crimes in Argentina’s history – all members of the military and police forces during the country’s last and brutal dictatorship, that kidnapped, tortured and killed thousands of people over a period of seven years.
Greenland: Why music matters
Kate Molleson visits the world’s largest island to explore the role of traditional and new music for its communities today. Between the capital of Nuuk and smaller fishing town of Maniitsoq, Kate encounters drum dancers resurrecting a traditional Inuit practice which almost died out on Greenland’s west coast, discovers the political and sonic influence of the Greenlandic language on music from hymn singing to hip-hop, meets artists using their lyrics to engage with issues from the climate to the country’s deep-rooted social problems, and visits a music school offering a safe space to young people.
Show more

About The Documentary Podcast