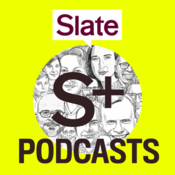 of
Gist: Miami and Mayor Suarez’s Plasma
On the Gist, Trump and Pence can’t be honest with the public. In the interview, Miami Mayor Frances Suarez has fully recovered after testing positive for the COVID-19 virus, and now is donating his plasma for use in an experimental treatment. He talks with Mike about his experience, what Miami’s reaction to the pandemic has been, and what he’s doing to push other parts of the government to take it seriously. In the spiel, healing and physical proximity. Email us at thegist@slate.com
Spoiler Specials: Tiger King
On the Spoiler Special podcast, Slate critics discuss movies, the occasional TV show, and, once in a blue moon, another podcast, in full spoiler-filled detail. This week, Sam Adams is joined by Slate’s Television Critic Willa Paskin to spoil Netflix’s hit documentary series Tiger King. The hit series is an increasingly sordid tale of wild characters conning each other out of zoos. The show’s standout character is Joe Exotic, whose charisma and personality are made for reality television. He has a long time feud with Carole Baskin, who runs the nonprofit Big Cat Rescue and is actively trying to shut private zoos down. Will Carole succeed? What happens when Joe tries to hire someone to murder Carole? And when will anyone focus on the questionable conditions forced on the big cats? You can read Sam Adams’ review here and his story about the artists behind Joe Exotic’s music here.  You can read Willa Paskin’s piece about Carole Baskin here.  Note: As the title indicates, this podcast contains spoilers galore. Email us at spoilers@slate.com. Podcast production by Rosemary Belson.
Dear Prudence: Evangelical Emails
This week’s mini episode finds Prudence visited by Alyssa Furukawa, a public health grad student and knitter who lives in Philadelphia with her enormous puppy. Prudie and Furukawa discuss a letter writer who’s wondering how to handle resentment towards his wife for their move to a new town for her career, what to do about a coworker who frequently sends religious themed emails around the office. Email: prudence@slate.com  Production by Phil Surkis
What Next TBD: Risking Your Life for $8.71
This week, workers at Amazon, Whole Foods, and Instacart have announced mass strikes across the country. Though demand for these services is high, pay and protection is low. What exactly do we owe to the delivery workers at the front lines of the pandemic? And with these companies hiring in record numbers, can the strikes succeed? Guests: Heidi Carrico, founding member of the Gig Workers Collective, and Johana Bhuiyan, tech accountability reporter at the Los Angeles Times. ﻿Host Lizzie O’Leary
Trumpcast: Surviving Abusers During Coronavirus Quarantine
Virginia Heffernan talks to Tablet Magazine writer Carly Pildis about the tools some have used to cope while stuck in abusive situations at home during the coronavirus pandemic—also acknowledging a known abuser in the White House.
Show more

About Slate Plus Podcasts

Slate Plus Podcasts: Podcasts in Family