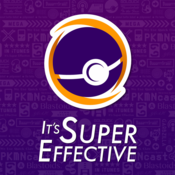 of
Alcremie Raids and Kyurem in Masters
Pokémon Masters gears up for the 6 month anniversary. Max Raid dens in Pokémon Sword and Shield rotated earlier this month, we let you know what you can find where. Pokémon GO got a new trading feature and more Unova Pokémon were recently added. The crew talks about some side content in games we enjoyed in the past too.  00:00:25 - Introduction 00:03:30 -
Twilight Wings, Letter Recap
Episode 01 of Pokémon: Twilight Wings. Irene and Steve recap "Letter" which is the first episode of the mini-series. We meet John as he tries to let Chairman Rose know that one day he'd like to see a live battle with Leon and Charizard. Future recaps will be on Patreon!  🌐
Pokémon Expansion Pass DLC Breakdown
The Isle of Armor and The Crown Tundra is the first Pokémon DLC coming to Pokémon Sword and Pokémon Shield in 2020. With new Legendary Pokémon, new Galarian Pokémon, and with 200 old Pokémon returning, you will be able to purchase this DLC for $30. The Isle of Amor arrives in June, The Crown Tundra in the Fall of 2020. Three new Legendary Pokémon have been shown such as Kubfu, Urshifu, and Calyrex. Gigantamax Forms of Rillaboom, Cinderace, and Inteleon have also been shown off. Changes to the Sword and Shield TCG are coming in February. We cover the entire Pokémon Direct in this episode.  00:00:25 - Introduction 00:02:40 -
Shiny Magikarp Invaded Max Raid Battles
To celebrate the new year, The Pokémon Company pushed a new promoted event to Max Raid battles, Shiny Magikarp! We talk about that event and Season 2 of the Ranked Battles in Pokémon Sword and Pokémon Shield. Pokémon GO kicked off their Adventure Sync Hatchathon event with party hat Wurmple and friends! Pokémon GO also ranked high in revenue after 2019 ended, we go over their truckload of money here. Also, Pokémon Masters has a new event to dive into! 00:00:25 - Introduction 00:02:50 -
Pokémon Games Come to Facebook
Lance (and soon to be Cynthia) arrive to Pokémon Masters. We cover the new Poffin item in Pokémon GO and the recent 11-7 event that happened on Saturday. The official Pokémon Galar guidebook has over 60 errors in it and TPCi apologized in Japan for the issues with the book. We cover the two new Pokémon Facebook games that arrived out of no where. Finally, the crew talks about the last 10 years of Pokémon games this episode.  00:00:25 - Introduction 00:03:20 - Pokémon GO News 00:24:50 -
Show more 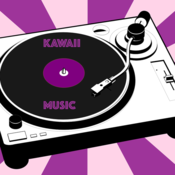