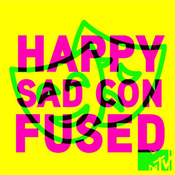 of
Sam Heughan (Vol. III) LIVE!
It's time for another special LIVE Happy Sad Confused event! Enjoy this epic night with friend of the show Sam Heughan taped at Symphony Space in New York City!
Anya Taylor-Joy
We've just celebrated the five year anniversary of the launch of Anya Taylor-Joy's career. It was January of 2015 when "The Witch" premiered at Sundance and blew audiences away. Since then her life has been a rollercoaster filled with exciting opportunities. She chats with Josh about it all, from "Split" to her uncharacteristically sweet new film, "Emma". Plus Anya looks ahead to the release of "The New Mutants" (finally!), her upcoming Edgar Wright film, and re-teaming with Robert Eggers.
Ben Schwartz, Vol. II
Josh welcomes the very busy Ben Schwartz back on this episode of "Happy Sad Confused". Ben's got 2 big movies on the way--"Sonic the Hedgehog" and "Standing Up, Falling Down". And yes, Josh and Ben talk about both but also ramble down tangents ranging from the Oscar nominations to Ben's contributions to "The Rise of Skywalker".
Paul Walter Hauser
It's a new year so it's fitting a new talent joins Josh for this episode of "Happy Sad Confused"! You may have seen Paul Walter Hauser in supporting scene-stealing roles like his turn in "I, Tonya" but now he's making the leap to leading man status with "Richard Jewell". Paul joins Josh to talk about his passion for comedy and acting, working with Clint Eastwood, and much more.
David Harbour (Vol. II) & Patrick Wilson & Justin Long (Vol. II) (Live episode!)
What took us so long? After five years of "Happy Sad Confused" we finally went live for a fun holiday special taped at the Bell House in Brooklyn! Joining Josh for the wild night was David Harbour talking all things "Stranger Things" & "Black Widow" Later, Patrick Wilson joined the fun for a chat and a couple memorable songs. Finally Justin Long joined the crew showing off his array of impressions. Happy holidays from Happy Sad Confused!
Show more 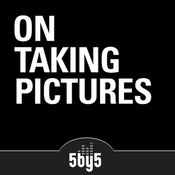