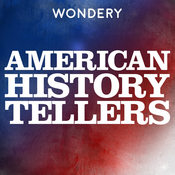 How well do you really know the stories that made America?

of
MSNBC Presents: So, You Wanna Be President? with Chris Matthews
Chris Matthews and campaign veterans who have had front row seats to presidential history dive deep into the six most important lessons learned from presidential campaigns that win. Chris and his guests tap into their experience, historical insight, passion for electoral politics, and love for our country to explain why these lessons matter, and how they’ve separated winners from losers. Subscribe today: http://wondery.fm/SYWBP
California Water Wars - A River in the Desert | 1
By the turn of the twentieth century, Los Angeles had grown from a dusty, crime-ridden pueblo into a thriving metropolis. The only problem was that it was growing too fast. With no consistently reliable water source and a desert climate leading to a decade-long drought, the city would have to begin looking elsewhere. In the Owens River Valley, over two hundred miles north of the city, a vast, rushing river, fed by Sierra mountain snow, lay the solution. But how to get the water from the Owens Valley to Los Angeles? City water superintendent William Mulholland and former Los Angeles mayor Fred Eaton devised a breathtakingly simple plan: they would build an aqueduct. As Mulholland began sketching out an engineering vision for the project, Eaton secretly purchased land rights in the Owens Valley. But Eaton’s methods left many valley residents bewildered and angry, setting up a decades-long battle for survival that would pit a metropolis against a small ranching community. Support us by supporting our sponsors! Quip - listeners of American History Tellers get their first refill free when they go to . Find a qualified candidate within the first day.
Kentucky Blood Feud - The Revenge of Bad Tom Baker | 2
The Civil War forced the warring families of Clay County into an uneasy truce. The Garrards, Whites, Howards, and Bakers found themselves allied as they fought for the Union. But the war brought new challenges: the Northern army destroyed Clay County’s salt mines in order to keep them out of the hands of the South, and the Emancipation Proclamation brought an end to slavery, which had helped make salt mining so profitable. The Garrards and the Whites were so rich that they were able to withstand these pressures on their businesses. But the poorer Bakers and the Howards soon found themselves fighting over scraps of land and timber. And in 1898, a business dispute led “Bad Tom” Baker and “Big Jim” Howard to assassinate members of each other’s families, starting a wave of killings and arsons so bloody they would reshape the state. Support us by supporting our sponsors! Quip - Go to when you use promo code&nbsp;TELLERS during&nbsp;checkout.
Kentucky Blood Feud - The Murder of Daniel Bates | 1
The longest and bloodiest feud in American history erupted in the 1840s in Clay County, Kentucky — where it raged for nearly a century and ultimately claimed more than 150 lives. The Clay County War, also known as the Baker-Howard Feud, pitted four families against each other: the powerful Garrads and Whites, who assembled vast wealth mining salt, and the less influential Bakers and Howards. In time, the Garrards would align with the Bakers, and the Whites with the Howards.&nbsp; At first, the families got along, cooperating in the back-breaking work involved with extracting salt in the Appalachian region. But as the economy collapsed and new technologies led to new competition from the outside, the families would find themselves increasingly competing for survival — and a single act of violence would be enough to spark a conflict that spanned generations.&nbsp; Support us by supporting our sponsors! Net Suite - Schedule your free demo RIGHT NOW&nbsp;- and receive their FREE guide&nbsp;–“Seven Key&nbsp;Strategies to Grow Your Profits” at
A Look Back at The Newspaper Industry | 10
On Dec. 4, 1881 the Los Angeles Times published its very first edition. And while the paper ran into severe financial trouble just a year after its founding, it nevertheless survived and over its 138 year lifespan has been at the forefront of some monumental stories in American history. But, the news industry today is vastly different and extremely divisive. So how did we get here? The LA Times' Steve Padilla has worked at the paper for 32 years and he joins us to look back at the roots of the journalism industry and newspapers and how we go to where we are today. Support us by supporting our sponsors! Quip - Go to to save on gift sets and to get your first refill&nbsp;FREE with a refill plan
Show more

The Cold War, Prohibition, the Gold Rush, the Space Race. Every part of your life -the words you speak, the ideas you share- can be traced to our history, but how well do you really know the stories that made America? We’ll take you to the events, the times and the people that shaped our nation. And we’ll show you how our history affected them, their families and affects you today. Hosted by Lindsay Graham (not the Senator). From Wondery, the network behind Tides Of History, History Unplugged, Fall Of Rome and Dirty John. Station website